Prayer for the Buddhist Pure Land

Hirayama Ikuo (1930-2009) was a Japanese painter who traveled along the Silk Road, the path of the arrival of Buddhism, in search of the origin of Japanese culture. This prominent painter left a number of masterpieces featuring peace. He is also known for his vigorous activities to protect the world’s cultural heritages.

In the Heisei period (1989-2019), Hirayama was attracted to Nara, the eastern terminus of the Silk Road, and Kyoto, and regained his focus on the temples and shrines in the old capitals. In the early stage of this period, Hirayama chose the Phoenix Hall of Byodoin Temple for his genuine masterpiece. He visited Byodoin Temple a number of times and enthusiastically praised the reflected image of the Phoenix Hall on the surface of the Aji-ike Pond as being like a scene of the Buddhist Pure Land.

2021 marks the celebratory 20th anniversary since the Byodoin Hosho-kan Museum opened as well as the 13th anniversary of the artist’s death. In such a commemorative year, this special exhibition has been successfully organized with the full cooperation of the Hirayama Ikuo Silk Road Museum. Having “A Vision of the Pure Land: Byodo-in Temple in Uji” as a center piece, the exhibition displays other drafts and a sketch of the seated Amida Nyorai. The repeated and layered lines as well as the shapes of the drafts and sketches attest to the artist’s trials and errors, which directly convey his intentions and thoughts for his artworks. Feel the prayers that Hirayama put into his paintings at Byodoin Temple, the embodiment of the Buddhist Pure Land.

*Open every day during the exhibition period. 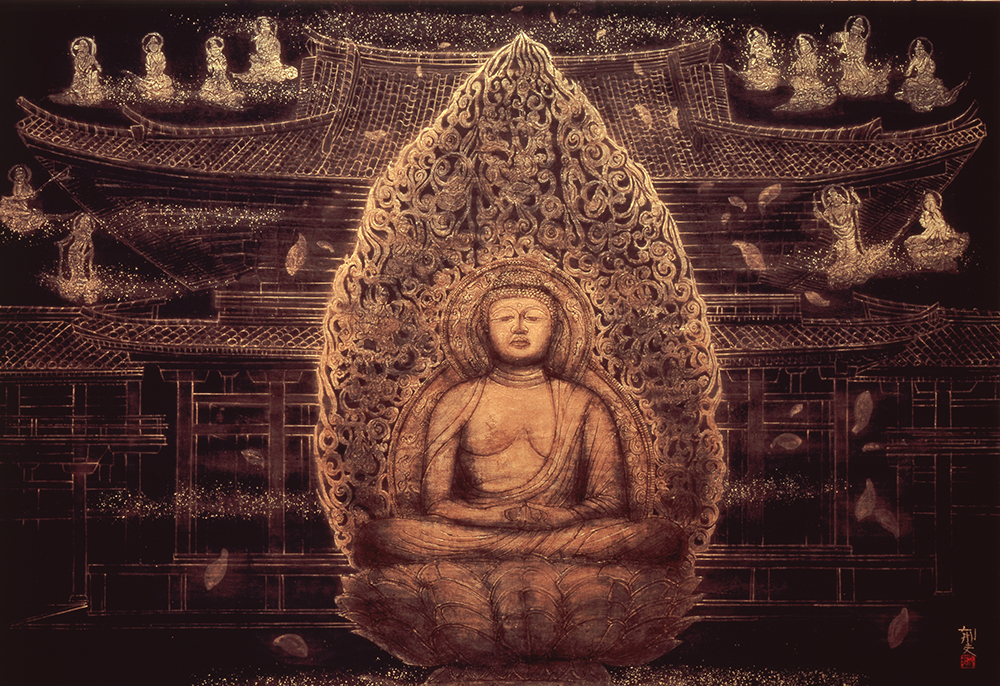